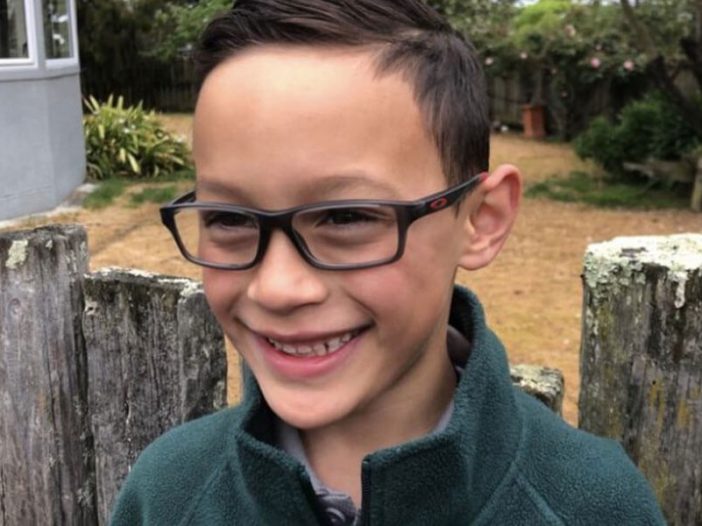 Our biggest priority at the Foureyes Foundation is to give Kiwi kids access to free eyecare and expert advice. Gina Hinton says her son Harlen’s eyesight has been much improved as a result of his work with Ravi.

Tell us about Harlen’s eyesight — was he having issues?

Harlen’s eyes never had anything obviously wrong with them. His eyesight never showed us any issues but at his before school check a problem with his eyesight was first noticed — we were advised to go to an optometrist to have them checked. He was told he needed glasses so he chose a pair and began wearing them every day.

After about 4 months he was sent to see a specialist at the hospital to have them looked at again. At this appointment I was told his eyes weren’t bad enough to need glasses so there wasn’t much reason for him to continue wearing them. He then stopped wearing them.

How did Ravi from the Foureyes Foundation get involved?

Ravi visited Harlen at his school in 2019 and I was sent a letter to make an appointment and have his eyes checked. I was quite surprised with this, as the specialist had told me that his eyes were OK.

I made an appointment though, to have them checked again just to make sure everything was in fact OK with them.

What happened from there?

Harlen had his appointment with Ravi and we were told at this appointment that he did need glasses and because he had stopped wearing them his eyes had now deteriorated. Ravi encouraged him to wear them every day and also to do close up work – like intricate colouring in — as much as possible.

Harlen was awesome with the change and wore his glasses every day, quickly getting used to having them on again.

Harlen continues to wear his glasses every day. He enjoys reading and he has noticed a strong improvement in this as he tells me he can read the words a lot better now.

At Harlen’s next appointment, which was one month after his first appointment with Ravi, Ravi noticed a huge improvement in his eyesight.

Have you noticed a change in Harlen?

Harlen has noticed the biggest change. He is able to read a lot easier and has mentioned a few times that with his glasses on he can see a lot better. Ravi has been awesome with Harlen throughout this process. He makes a huge effort to speak directly to Harlen about what is going on with his eyes and what he can do to help them. He carefully explains the next steps to Harlen and I so we both understand and are fully aware of the process.

The Foureyes Foundation is a registered charitable organisation under the Charities Act 2005 (CC53080).

We are on a mission to improve eye health in Kiwi kids.